Providing the highest quality of telecommunications services and the newest technology.

We are dedicated in giving the highest standard of customer service and technical support for all your communication needs.

When you sign up for telecommunication services with Monitor Telecom, you pay a one time $1.00 membership fee.

This makes you a member of the Cooperative, with the right to vote in elections, to serve as an elected board director, and earn Capital Credit monies that are distributed to the members in accordance with our by-laws.

We are proud to be a part of the community of Monitor, by not only providing outstanding high speed Internet and telephone service, but in giving back to the community. Each year Monitor Telecom proudly awards scholarships to local high school students in the area.

Meet the team behind Monitor Telecom. 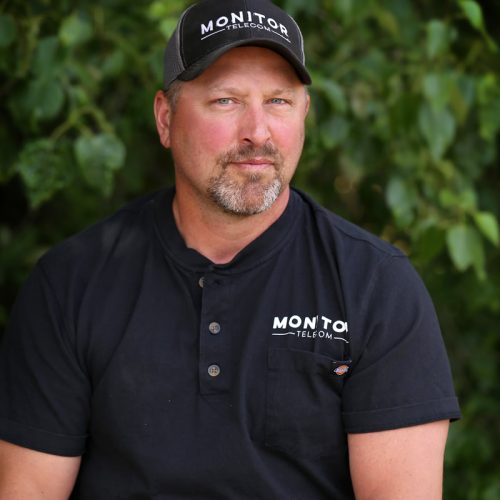 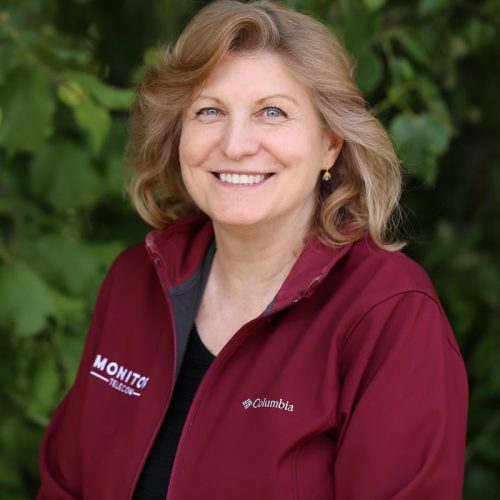 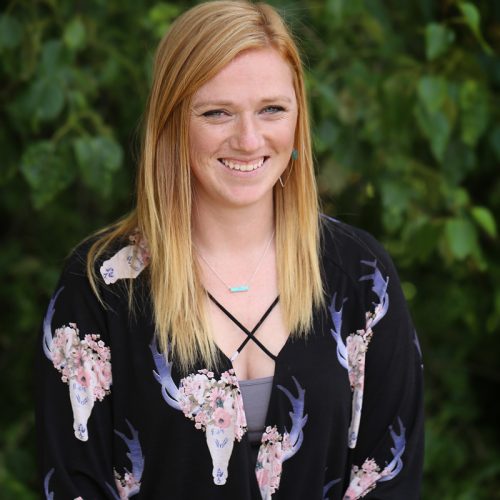 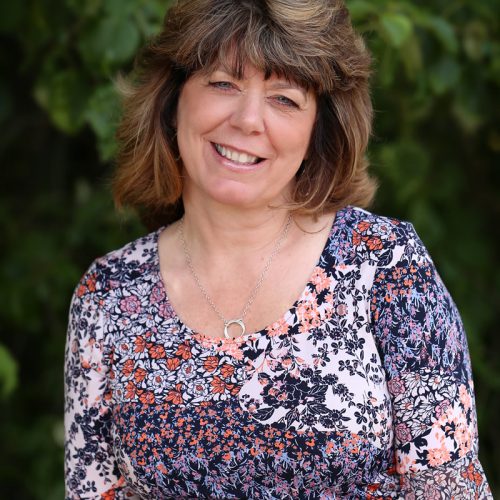 Employed at Monitor Telecom for over 20 years!

Performing the duties of managing the business and affairs of the cooperative, set out in the bylaws.

The Board of Directors for Monitor Telecom is elected by the members of the Cooperative, to perform the duties of managing the business and affairs of the cooperative, set out in the bylaws.

Each member of the board is elected to serve a term of three years. A regular meeting of the board is held monthly. Each board member carries the responsibility of making decisions with respect to the rights, properties, and interest of the members of the cooperative 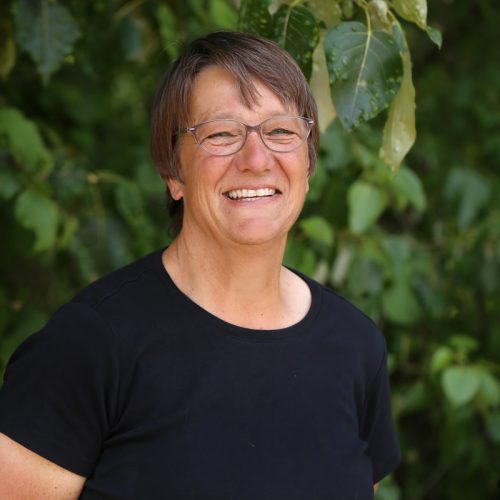 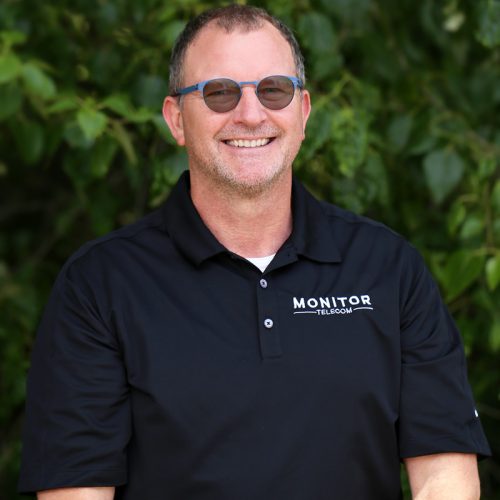 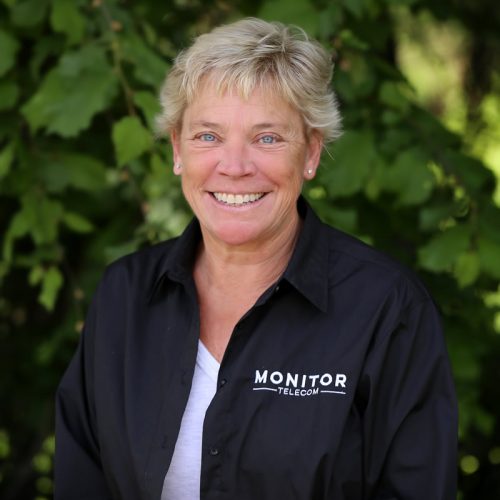 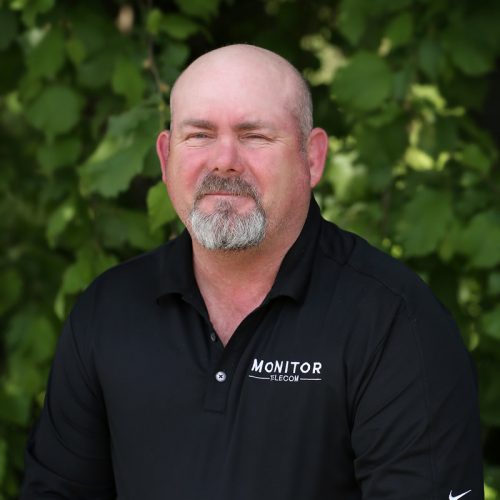 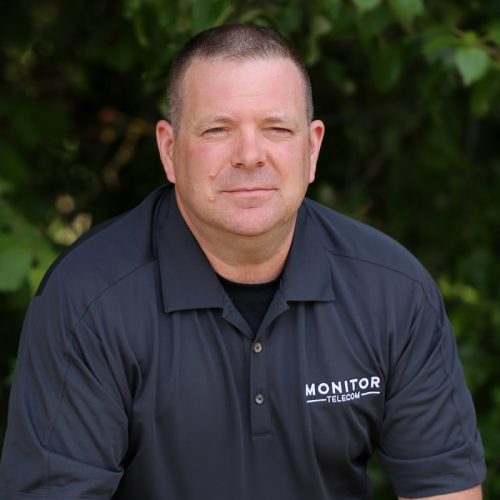 The first mass meeting at Monitor Hall for the purpose of getting a telephone line built from Monitor to Woodburn was held January 22, 1906.

All present seemed favorable to erect a telephone line and that one wire between the places would be sufficient.  Mr. E.R. Danielson was chosen to oversee the work. It was decided to levy a one dollar membership fee and an extra two dollars for purchase of supplies. A full year of meetings was held as to which direction to begin building.

The first annual meeting of Monitor Mutual Telephone Association was held in Monitor Hall, January 7, 1907, at 7:00 pm. Officers were elected for the ensuing year. The following Officers were W. H. Lenon, President, E. R. Danielson, Vice President, S. A. Peterson, Secretary, J. F. Short, Treasurer; other Board of Directors were Ole Rye and B.M. Dimmich. A motion was made to make this system of telephone lines metallic.

In 1907 it was decided to build the line to connect with the Marquam Mutual Telephone. Poles were ordered, and the job of putting cross arms on began. All members were to come out to help put on the cross arms. Members who did not come out to work were assessed fifty cents each to pay those who did the work.

In 1908 it was decided to fix up the room over the store (records do not identify store) for the Central Office and install the switch board. By 1909 a line towards Woodburn was to be built with each member furnishing three poles, and hauling them out on the Woodburn line. Then in 1913 a new switch board with a 25 line capacity was ordered, but a motion to buy ground and build an office was voted down. Over the next eighteen years the switch board moved to various members homes.  In 1931 the Directors voted to purchase the bank building for $1,000 to be paid at $100 per year.

In 1937 there were 137 customers sharing 26 lines. Service was given to those within 6 miles south of Monitor, and 8 miles to the east and west. The total worth of the Company was $3,090. Service was available between the hours of 6:00 am and 9:00 pm. A motion to stop Sunday telephone service was voted down with 42 patrons present.

In 1949 an offer to buy the phone company was presented by Silverton Telephone Co.  The members voted to raise the money to update the system, and not sell. A government loan of $22,000 was taken out in 1950 to install an automated phone system. Billing would go to a monthly bill.  In 1951 the Company served 163 customers; 147 of these were multi-party lines and 16 single lines.

1960 Phone Book
By 1960 Monitor Telephone was serving over 300 members and was worth over $82,000. The early 1960’s brought changes to the equipment. The Kellogg relay-matic switch was retired and replaced with Stomberg-Carson XY equipment. Walter Berg was Manager at this time. In 1968 work began with upgrades to the system, for one party lines, and beautification of the countryside with a buried plant.

In 1970 REA engineer commended the Board and Manager Berg for having the only 1 party underground system in the State of Oregon and the only such systems as far as REA borrowers were concerned in the United States! Monitor was serving 400 customers and was worth over $338,000.

In 1985 planning began for a new digital dial office to replace the existing mechanical dial office. By 1987 total cutover to the new switch was completed under the direction of Manager Don Holliday.

In 1987 Dorrene Benthin was appointed General Manager, and the Company continued to upgrade the Central Office, new buried cable, and offer CATV service.

March of 1993 saw the spring break earthquake that condemned the Central Office building and damaged the main business office. In 1995 the new building was constructed. The fiber optic ring project connecting Molalla, Canby, and Monitor with spurs to Colton, Gervais, and Mt. Angel allowed Monitor to move forward with Internet service to their customers.

Geri Fraijo took over as General Manager in 2001, the same year that DSL service was offered to 100% of Monitor Telephone’s service area. Over the course of a few years, DSL speeds increased, as well as, the number of customers wanting high speed Internet.

CATV service was discontinued in 2005, yet the Company’s focus to provide reliable, quality communication service for customers had not changed.

In 2006 the Central Office replaced the Siemens switch with a MetaSwitch Softswitch, which enhanced configuration options and call services.  A new voice mail system was soon offered.

With the advances in technology, and the need for more Internet bandwidth, Monitor Telephone was committed to bringing fiber optics right to the customer’s home.

In 2009 a long term construction project began, which would eventually provide fiber to all the Company’s service area. As the fiber build progressed in 2010, additional streets were upgraded.

Construction continued with fiber installation for 2011 and 2012. In 2012 Monitor Coop Telephone secured a (RUS) US Dept. of Agriculture Rural Utility Services loan for $2,865,000. The funds were used to complete the fiber construction through the entire exchange scheduled for 2015.

In 2015 the Fiber infrastructure was completed throughout the entire exchange.

MCTC was one of only six companies in the United States to receive a loan to fiancé the improvement, expansion, construction and improve telecommunications services in rural areas.  This show the strength and financial stability of the Cooperative.

As a member of Monitor Telecom, you benefit from the Company’s success by receiving Capital Credits.

These credits are calculated at the close of each fiscal year, and are placed on your patronage equity account. After this process, an Allocation Notice is mailed out, notifying you of the amount.

What is a Cooperative?

A non-profit based service organization owned and operated by its members. In many ways it’s like any other business; but in several important ways it’s unique and different. A cooperative business belongs to the people who use it – people who have organized to provide themselves with the goods and services they need. A cooperative operates for the benefit of its members. Membership begins when a $1.00 membership fee is paid, and telephone service begins.

What are Capital Credits?

The difference between the cost of doing business and the actual revenues received each year is calculated and the remaining dollars are then credited, in the names of the members, on the books of the cooperative for that year. These Capital Credits do NOT represent cash held in your name.

What happens to the Capital Credits on a member’s account when they pass away?

Can I receive my Capital Credit payments early?

Monitor Telecom has a retirement plan for early payout of Capital Credits to all members 75 years and older. Members of this age group will benefit by having the option to receive their Capital Credits in full, rather than through the normal yearly disbursement. An Early Retirement Request form must be completed before Capital Credits are paid. The form can be found on our website, www.monitortelecom.com, under Capital Credits / Forms

How is the amount of credit to each individual account determined?

Each year the difference between the cost of doing business and the actual revenues received is computed by Monitor Telecom. This amount is equal to the total Patron’s Equity for that year. A detailed allocation process is then applied to compute each member’s share of the Patron’s Equity. This computation is affected by the member’s contributions to revenue through local service revenues, access minutes, and directory advertising.

The distribution is based, in part, upon the amount of cash available to Monitor Telecom at the time the distribution is made. In the years when the company was being established, any available cash was needed to build up the system infrastructure. For many years, no patronage distributions were made. When it became possible to make payment of Capital Credits, the Board of Directors authorized payment, beginning with the first year of Capital Credits accumulated,

Do I receive interest on my unpaid Capital Credit balance?

No. According to the Monitor Telecom Bylaws, a member’s Capital Credits account is not an interest-bearing account

Can I deduct my Capital Credits from my phone bill?

No. The Capital Credits can only be distributed when the Board of Directors authorizes payment or in the event of a member’s death.